Overnight
Mostly clear, with a steady temperature around 33. South southwest wind 11 to 14 mph.
Saturday
Mostly sunny, with a high near 59. South southwest wind 10 to 16 mph becoming north northwest in the afternoon. Winds could gust as high as 23 mph.
Saturday Night
Partly cloudy, with a low around 27. Blustery, with a north wind 11 to 20 mph, with gusts as high as 30 mph.
Weather forecast provided by weather.gov.
Search

The City office has moved to a new location at 203 Elm Street.   The city purchased the former Family First Dental building and opened up offices there on April 12.   There is a drop box located in the last parking space in front of the building.  You can now drop off your payments without leaving your vehicle.    Stop on by and see the new office !

City Council Meetings are held on the third Monday of the Month at 7:00 p.m. at the Community Center.

Proposed agendas are posted at the Post Office, City Office and the Library. 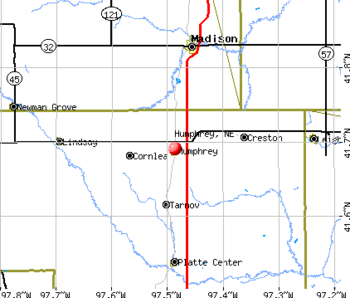